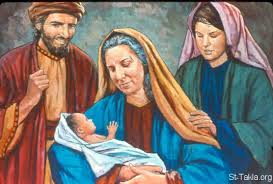 Let’s talk about Naomi ya’ll. Naomi, who’s name mean my joy, my bliss, or pleasantness of Jehovah, was wife to Elimelech and mother to 2 sons, Mahlon and Chilion, Ephrathites of Bethlehemjudah. Ruth and her family was well off meaning she lived comfortable until Israel suffered a serious famine which was deemed to be one of the punishments visited upon the people when they had sinned, Leviticus 26:14, 16. Her husband was worried and decided to move his family to another land where food was plentiful so they moved from Judah to the highlands of Moab. Naomi was a worshipper and she praised our living God. So moving to Moab where they worshipped idol Gods must have been a serious praying moment in Ruth’s life for her family. Let’s begin here.

By going to Moab, a city who’s name means waste, they were stepping out of the will of God. Think about it you guys. God often put us through test to see if we will be obedient and often time we are not. Now these people left home where there was a serious food drought to a place that was plentiful only for all the men to die. Ruth1:3-5; And Elimelech Naomi’s husband died; and she was left with two sons. 4 And they took them wives of the women of Moab; the name of the one was Orpah, and the name of the other Ruth: and they dwelled there about ten years. 5 And Mahlon and Chilion died also both of them; and the woman was left of her two sons and her husband. Ruth figured out that this was a wrong move as they had nothing but misfortune along the way but by now she was too old to get a husband or have more children therefore she was decided to head home to Bethlehem to her family for support.

Imagine how Naomi must have felt at this sorrowful time in her life. She was desolate in a foreign land with people who could care less about her sorrow. She even wanted to change her name to Mara meaning bitter. She had every intention on going home alone but her daughter-in-laws wanted to go with her. They all three did leave but then Naomi’s insisted that they both go back to their idolatrous homeland to find new husbands Orpah listened and went back… “But Ruth said, “Do not urge me to leave you or turn back from following you; for where you go, I will go, and where you lodge, I will lodge. Your people shall be my people, and your God, my God.” Ruth 1:16. She left home with the love of a husband and her sons with plenty of wealth only to come home sad and empty. But she now had a daughter in law with a good heart who loved her and she loved Naomi. Ruth took a job as a gleaner in order to secure food for them and to take care of them. God had other plans for them and in Ruth 2:12; 12; Psalms 17:8; and Psalms 36:7; Naomi helped her daughter in law marry Boaz a relative through marriage and she became grandmother to Ruth’s children.

How many of you would love to be the apple of the eye of God? I know I would. As we see that no matter what you go through in life if you give God the praise and continue to worship Him you will be guided through that darkness by the light and HE will reward you. Each one of us has to go through something. No matter what it may be we could be as Naomi and lose our family, security or wealth. God has a plan for each and every one of us and if you be forever faithful in Gods word you will be just fine. With that being said God’s Will Be Done.